Male circumcision is a simple procedure in which the foreskin that covers the head of the penis is surgically removed. Since foreskin traps bacteria and other infectious agents, its removal may improve genital hygiene and reduce risk of disease for the male and his sexual partners.

Thus, circumcision is a personal decision that you must make with your partner after weighing the benefits and risks and it may often involve religious preferences as well. It may be a decision based on personal, cosmetic or health reasons.

Circumcision can be performed safely under local anaesthesia, almost as a painless surgical procedure.

Circumcision surgery can be generally divided into three groups:

1. Therapeutic Circumcision:  is usually concentrated on teenager and adults, for a particular health reason.

2. Religious Circumcision:  is mainly concentrated on newborn and young children, for religious reasons.

3. Cosmetic Circumcision: is mainly for adults and the aim is to improve the appearance of the penis which may in turn improve male function.

Male circumcision and the effect on sexual satisfaction 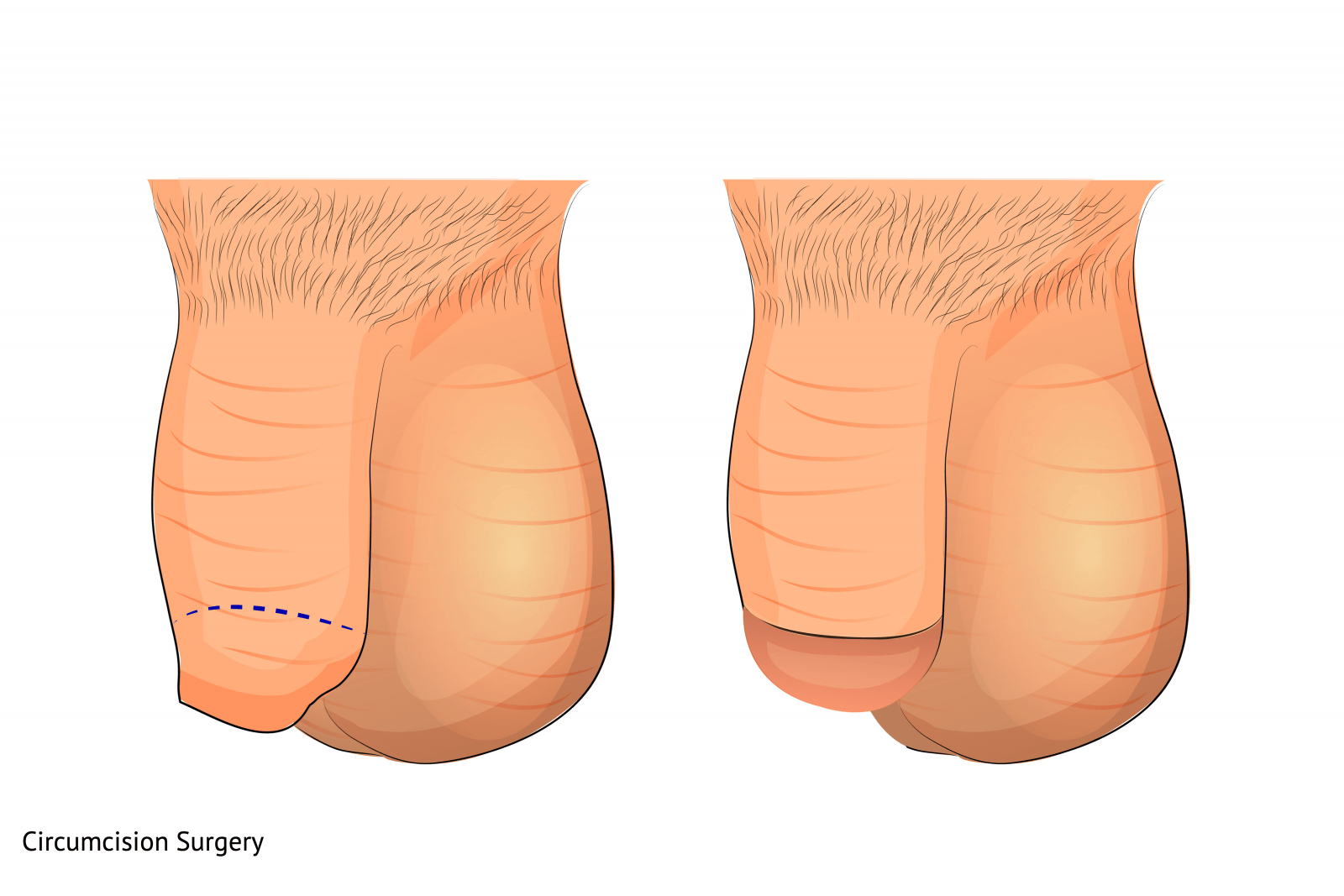